Nicole: Hey, happy fall. I’m Nicole. This is Gillian and we’d love to talk to you today about what is fitness testing. I’ve had a lot of people say ‘is this really necessary?’ Can we just get started in personal training?

And you know my last trainer we just started and it was great. I thought it would be a good topic to chat about. So fitness testing. Why do you think it’s important?

Gillian: I think it’s important because the personal trainer or the kinesiologists can discover a lot from the person’s movements. You also want to make sure there are no underlying conditions and really want to have that baseline because it is great when a client is working and they may feel they are getting some improvement, but if you can show them this is your baseline, this is where you started.

Nicole: That’s true. It gives them something that is tangible to see, ‘Oh wow. I have come this far.’ That’s true because I find sometimes when I say, ‘Oh, we’re going to do a fitness screening or testing,’ people are very shy and self-conscious so they might say, ‘Oh, I know everything’s just bad. We don’t need to test.’

And that feels really true for a lot of people, but another thing that kind of feeds into this as people talk about motivation, they’re like, ‘well, I want to be motivated to work out.’ And when we can show them, it’s like, well on day one, this is actually the number that you started at and it’s now day 30 and you might be having a really crap day and you’re like, ‘Hmm, none of this is working but then we can actually show you.’ These were your measurements on day one and now day 30. They’ve all shifted in some fashion. So it just feeds into that motivation component.

Gillian: Yeah, exactly. You have multiple fitness components. It makes it a lot easier. Who wants to be stronger, who wants to be more flexible or have more endurance to do the things? At least you can see this is where we start. Everybody thinks of it as like, ‘Oh my gosh, it’s an exam or I’ve failed.’ There’s no pass or fail.

Nicole: This is where you are on your health continuum.  You know, sometimes we add things and we will be a little less healthy. COVID-19 for example set a lot of people back.

Gillian: But as I said, this is where you are in the moment. And so we have a way of tracking.

Nicole: I think an important thing that you just touched on is there is no pass-fail. It’s uncomfortable sometimes for an individual to look at the scale and, or look at their flexibility measuring and it’s, you know, feel like they’re in this lower category. I mean, I went through gym class, being the last kid picked for the team. you know you get C or C minus in gym where PE that doesn’t feel good and that comes up for a lot of people. That’s where the responsibility is on the kinesiologist is to really lay that out for a person and say, it’s not a pass or fail, and there’s no judgment. We’ve all been there. I certainly was. Okay.  It’s exciting to see someone take that next step, the next step, and then the next step. So that’s, that’s a huge psychological boost. It’s a safety thing too.

Gillian: I was going to say, and that’s the other thing: safety because your trainer wants to make sure that before he puts you on any cardiovascular equipment or makes you lift any weights.  Checking, resting heart rate, and resting blood pressure, looking at your heart rate when you’re doing a cardiovascular assessment so that there aren’t any surprises and I’ve come across surprises in the past. And I’m not talking about just older adults, but I had a really big surprise once with a 19-year-old, a person who had never shown any issues, but he had a big spike in blood pressure. That’s a way we can see if there are any underlying causes as well.

Nicole:  Yeah. Safety. I think we sort of harp on that a lot here on Le Physique, a lot of times people you get so used to how your body feels and that ache and pain, but sometimes when you sit down with someone and they’re like, ‘Hey, tell me what hurts.’  You’re like, ‘I’m fine. I know I injured my shoulder.’ And then we’re like, ‘Which one?’  And then it’s like, ‘it’s my left one.’

We sort of gloss over some of sometimes how we feel. We’ve done the full interview in the consultation and intake, but then we’ve got that little piece of paper that’s got like epilepsy, Cardiac disease, and then someone checks it off and they’re like, ‘I forgot to tell you that I have a pacemaker.’

And we’re like that’s really important to know. And again it’s not just an ageing population that has pacemakers.  Young people too. There’s a lot of stuff that we might even just say, ‘oh, you’re not something that older people deal with.’ And it’s like, no, it’s actually not, you know, we’re seeing it in younger populations as well.

Nicole: So what about fitness testing? Because we have two different types here. We’ve got more of a fitness base testing and then I tend to send to you more to our rehabilitation testing. So I thought maybe we could talk a little bit about the difference.

Gillian: Yeah. So it’s kind of based on also the medical information and medical history that we get. So, for example, if a 70 has some shoulder issues or back issues, the testing will be modified. It’ll be specific to where their needs are. If it’s on one side, we want to make a comparison out. We will make sure that both sides have a value that we can work with there.

Nicole: When you say that, are you talking about a bilateral difference?

Gillian:  Absolutely. Yeah. The nose thing is if that person has an injury. We can start some compensatory motion and then it’s like, okay, I injured my shoulder. Right. My lower back hurts.

Nicole: See how that plays in together. And the nice thing is there are so many different types of assessments out there is that we can tailor the assessment to the client. Someone might come in with fitness goals but they have a shoulder injury or low back pain. We can pull in some of those rehabilitation assessment pieces and put those into the initial assessment.

So it doesn’t have to be fully from A or B. It could be 80% of this one. And then 20% of column B. Right. So again, customizing how we do our assessments.

Nicole: So, anything else that you want to talk about?

Gillian:  People should be excited to get the baseline to see because as I said, one word you’re working out. You’re not always realizing you’re getting these gains or that you’ve come a long way that you’re getting ahead on your journey because it isn’t terribly countable. So if you have a baseline, I mean, it’s fantastic.

Nicole: How often should people get tested?

Gillian: Well, again, it depends on the test, but they want to have, that they need for their, you know, their goals, their wants their needs. I would say that every three, six or nine months.

Nicole: Something like, like a DEXA scan and we do have a colleague that does, scan DEXA scans for body composition. And we would say once a year.

Gillian: Yes, that would be appropriate.

Nicole: You know, we wouldn’t say once a week, whereas you might step on the scale once a week.  If that works for some people.

Gillian: Well, maybe, you know, and I do have a person who steps on the scale once a week and then every six weeks we do some measurements as well so that we can see how things are proceeding.

Nicole: I think what we’ll do is maybe we’ll talk about on the next video, some of the fitness components that go into what we’re looking for. cause because again, with the fitness column, Side of the things that even kind of breaks down into functional and aesthetic.

And everyone has a different goal. So, you know, you might’ve heard me say step on the scale and been like scales that’s so old school, no one does scales. In what might be more to a client is strength. So we might say, okay, how many push-ups can you do? Yeah. what is, you know, what’s your core strength like that?

Gillian: They might even have you stepping upscale because it has to do with the cardiovascular, you know, workup that you’re doing. We want to know what your body weight is, sort of see what is your energy expenditure?

Nicole: Yeah, I think, I think the key thing is for people to know that we’re looking at the data, right?

We’re looking at the numeric of how this is going to influence program design because that’s the other piece that we didn’t talk about is that information is valuable to us before we start.

Nicole: And that helps us to streamline so that you can reach your goals sooner in a more efficient manner. How many times have you seen an individual who may be slender and you know, they’re just like, I can’t run a block. Or someone who’s, you know, bigger bone and they’re. They’re very strong in the lower body. So some of these measures is to take away the judgment.

Where’s the bang for the buck going to be? If we tweak this component in alignment with your goals, then it’s far more streamlined. We’re not trying things. We’re not guessing we’re actually assessing and then picking the right path. Yes. It’s super exciting. And I know it’s so stupid. How we geek out about these things.

Gillian: I know we are nerdy. It’s like let’s play.

Nicole: And that’s the kind of trainer that you want.  You don’t have to do the measuring, let us do it. We get excited about it and create a plan and based on all of that information, and then you just need to show up. You don’t even have to smile. Just need to show up in gym clothes and then we’ll handle that.

Gillian: Well, it’s just putting a smile on your mask.

Nicole: Exactly. I think it could be a joker mask. Yeah. I think that’s good. We’ll do another video about individual components in more detail, but hopefully, that gave you an idea of why this is so important.

Why fitness testing, fitness screening, health assessments are an integral part of your fitness plan and really needs to be the first starting point before you jump into anything. 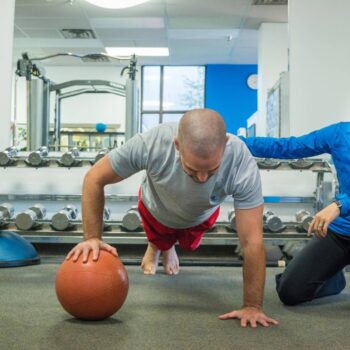 Do you want to lose weight, build muscle or simply get more active? If so, personal training may be the answer for you.  Personal training is an individualized program […] 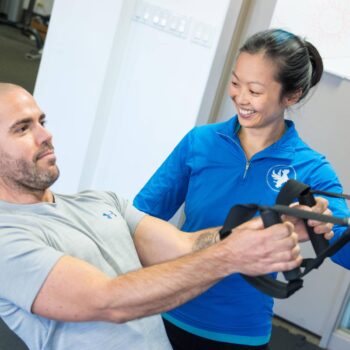 In any sport, strength and conditioning training is essential to improve your performance. As Thanksgiving approaches, many of us will want to get in shape or get fit after. […] 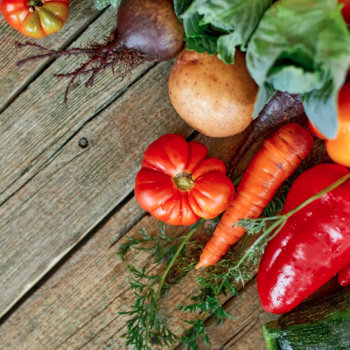 As a busy professional, weight loss can be a challenge, especially when you’re juggling things like: Working late hours Back to back meetings Not having time to eat Cooking […] 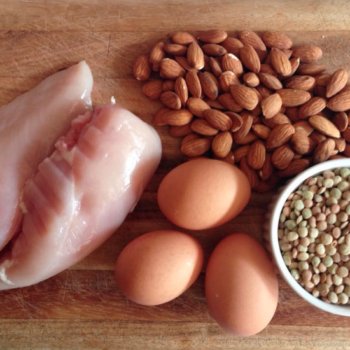 If you’ve spent any length of time in the arena of health, fitness and personal training, you likely may have encountered the concept of protein supplements, from powders and […]